In about an hour, the renewed HortiContact 2020 will start. Water remains an important topic at the fair. Ridder and Agrona, among others, present their renewed machines. Furthermore, more organic crop protection options thanks to extensions of the label at Biobest.

In about an hour, the renewed HortiContact 2020 will start. Water remains an important topic at the fair. Ridder and Agrona, among others, present their renewed machines. Furthermore, more organic crop protection options thanks to extensions of the label at Biobest.

Over the next three days, glasshouse horticulture will gather in the Evenementenhal in Gorinchem to catch up on this and that, see new innovations, discuss practical results and, of course, to see the new exhibition layout.

Oxygen in the water 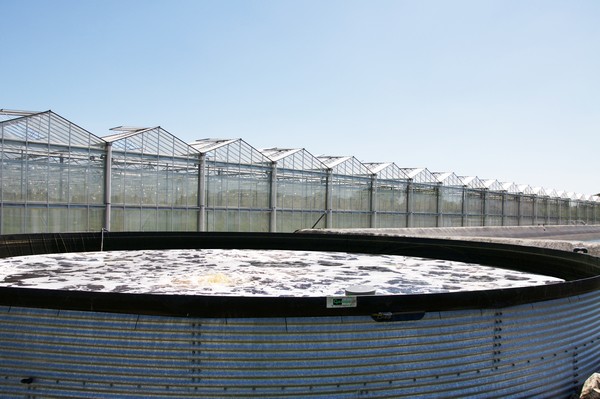 Agrona’s OxyBull aeration system ensures that the oxygen concentration in the water and the root environment is optimal. The system has been improved and now has a stronger pump with a capacity of 60 m3 / hour. “This allows even more air to be blown into the water and there is more movement in the water, which prevents algae growth,” says Nadir Laaguili from Agrona.

“A high oxygen content in the water is important,” says greenhouse vegetable grower Peter Aarts in Heusden. “This aeration system takes care of that.” Aarts grows cucumbers and autumn tomatoes on rock wool mats. He applies the system in a silo whose water is intended for a department where there are always many root problems due to Pythium. The use of the aeration system must prevent this.

Agrona is present at the fair in stands I106 and G205
www.agronagroup.com 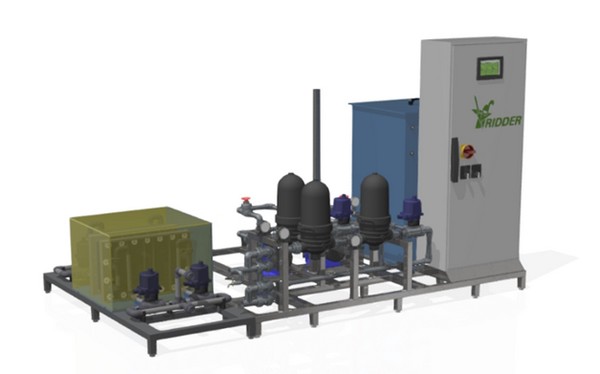 The new Ridder NoNa + sodium remover from Ridder will be on display at the HortiContact this week. The unit has been field-tested and further developed since its introduction last year. In addition to removing sodium, the machine can be used for purifying blowdown water according to the BZG committee. An approval was issued earlier this year.

During the HortiContact, during a special knowledge session in the Next Level Theater, attention will be paid to the potential of the new Ridder NoNa + sodium remover. Jerre de Blok, Product Manager Water Treatment at Ridder, elaborates on the application of the system and is available to further explain the new selective CED purification technology. The knowledge session will take place on Tuesday February 18 at 4:30 PM.

Ridder is at the HortiContact on stand C117.

More biology
Biobest puts the label expansions of Preferal and Asperello extra in the picture at the fair. These known biopesticides were granted much broader approval earlier this year.

Preferal is an organic insecticide that works great against the greenhouse and tobacco whitefly. Dutch growers can now plant Preferal more often and in more crops. This represents a breakthrough for tomato, pepper and aubergine growers. Until the end of last year, this product could only be used three times per cultivation cycle for tomatoes, cucumbers and floriculture. Tomato, pepper and aubergine growers can now use the organic product up to 25 times per cycle. Cucumber, zucchini, strawberry and ornamental growers may call on Preferal 12 times per cultivation cycle. “Tomato, pepper and aubergine growers are particularly happy with it,” says Biobest advisor Stefan Bohté. “Because whitefly is common in those crops. They are particularly affected by the tobacco whitefly (Bemisia tabaci), because it can transmit harmful viruses. ” 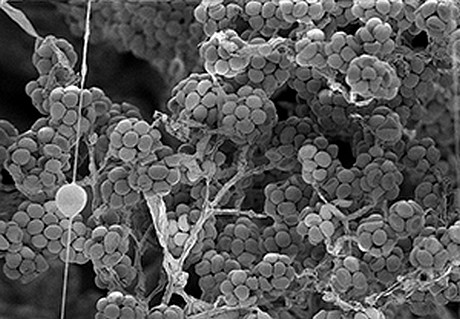 Asperello expands into Dutch floriculture and cucumber
Asperello T34 Biocontrol, a biological fungicide against fungal diseases, also received a nice label extension. The drug against Fusarium and Pythium was already successfully available on the market in the US, Canada, France and Belgium. From now on, it is also permitted in the Netherlands for a wide range of covered crops of cut flowers, potted plants, tomatoes, peppers, aubergines, cucumbers, zucchini, small fruits, leafy vegetables, cabbage crops, arboricultural crops, perennial cultivation, breeding cultivation and seed production.

Until recently this was only allowed in some of these crops. “Asperello is of great added value, especially in floriculture. Growers all over the world are achieving good results in the approach to Fusarium, ”says Biobest advisor Stefan Bohté.

Biobest can be found at stand K118 at the Horticontact. 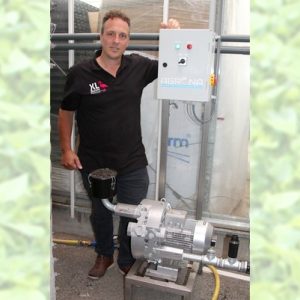 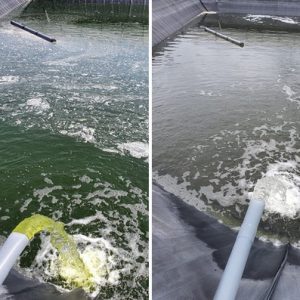 Oxygen gets rid of algae 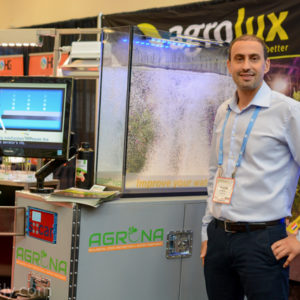